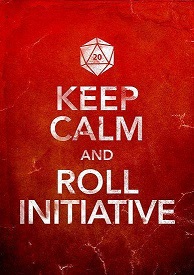 Two rangers that are out hunting for food are walking through Tangleroot Forest, and discover a large well in the ground. One of the rangers curious as to how deep this well was threw a small stone into and turned his head to listen............nothing. He then gathers up a larger stone, picks it up with both hands and throws it in the well, turns his head to the side to listen............nothing. He exclaims to his buddy, man, that is some well. Lets find something bigger to throw off in there. Well the two find a cross tie. One says to the other, pick up one side, I'll get the other. Surely when this thing hits the bottom we'll know it. So the two throw this cross-tie into the well and begin to listen. After a few seconds they hear a goat, wailing at the top of its lungs, while it is running straight toward the two hunters. The goat continues toward them, passes right between the men, and goes off in the well. One hunter in excitment and disbelief, proclaims to the other, did you see that crazy goat!!?? That damn thing just jumped in that well!! The commotion attracted the attention of a local farmer, and he made his way over to the hunters. He asked the guys, "Have you seen my goat, I cant seem to find him?" One of the hunters still excited tells the farmer, sure we have seen your goat. He just ran down that hill straight toward us and jumped off in this well. The farmer replies back, nah, that couldnt have been my goat, my goat was tied to a cross-tie.